Amherst Cinema is an organization founded on the transformative power of storytelling.  We believe film is one of the most powerful conduits for personal and societal change and progress—a “machine that generates empathy,” as Roger Ebert put it. We also believe in the power of film to generate understanding, and to illuminate the horrors of racism, past and present. We stand in solidarity with those protesting during this important moment in the fight for justice and equality.

The following is a selection of films from black creators that speak to the current moment. These films may provide inspiration and guidance to those who are protesting the unjust and criminal treatment of black people in America. These films may also provide some context and insight for viewers who may be looking for answers to the question, "how did we get here?”

We hope these films start conversations that resonate in action as we all work towards creating a future that uplifts and values the voices and dreams of communities that have been systematically oppressed for so long.

Some of these films have screened at Amherst Cinema with post-screening discussions. We're working on digitizing some of these, and will amend this page as these resources become available. 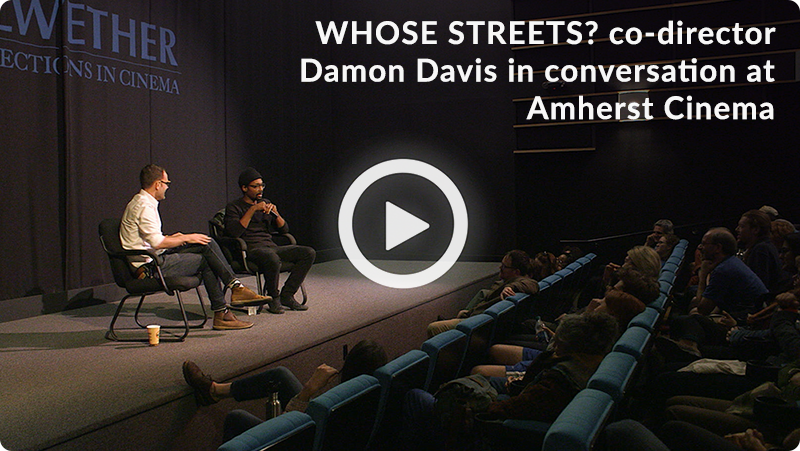 THE BLACK PANTHERS: VANGUARD OF THE REVOLUTION - dir. Stanley Nelson, 2015
Watch on Kanopy