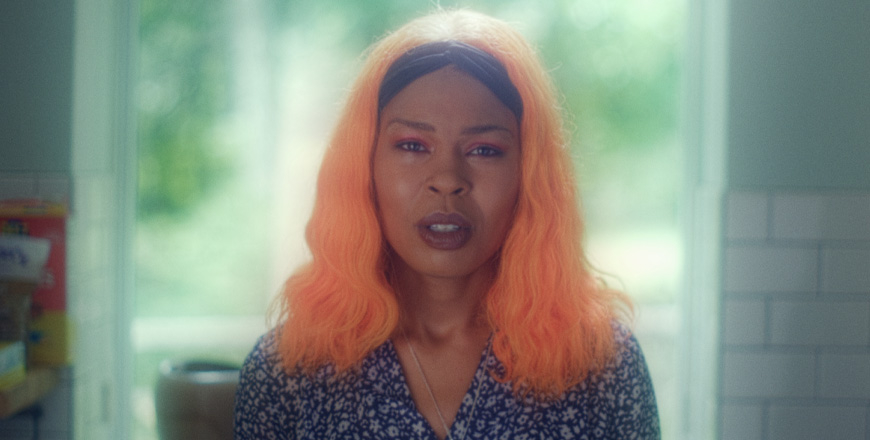 Palace is not going to the f***ing graduation party! She hates the woods. If this were a reality show, she would be the person who was not here to make friends. Palace needs to get home, back to Chicago from upstate New York. But that means surviving a hazy, hilarious, and hallucinatory night-long odyssey, stumbling from academic critiques to backseat hookups.

“Martine Syms’s whip-smart satire brings the invisible, everyday negotiations of a Black artist to startlingly visual life... There’s an echo of Luis Buñuel’s THE EXTERMINATING ANGEL in THE AFRICAN DESPERATE, though Palace’s stuckness in her off-putting milieu is less surreal than tragically banal. As alienating as art school might be, it’s also a refuge for our eccentric, orange-haired heroine.” Devika Girish. A New York Times Critic's Pick!