After the End of the World 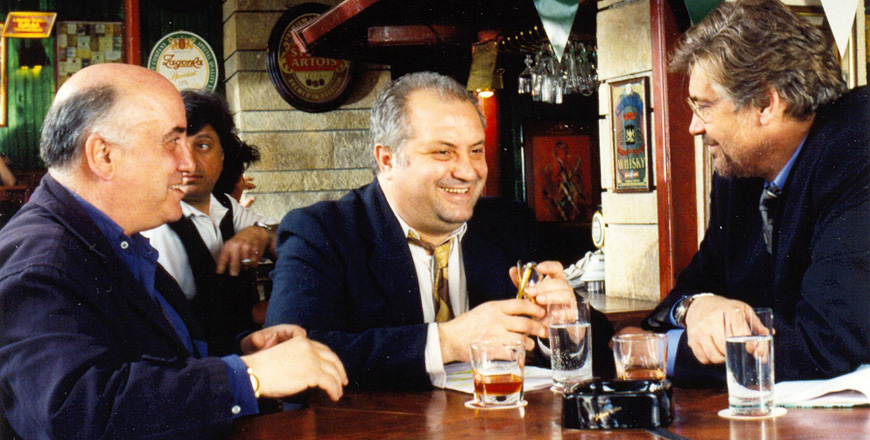 It comes as no surprise that this collaboration of two of the greatest Bulgarian filmmakers is a moving triumph. True to its title, this film follows the decades of reconstruction after WWII and the pitfalls of the new communist government in Plovdiv, Bulgaria. This is accomplished by tracking the relationship between two childhood best friends across time.

Two timelines are seamlessly interwoven, showing two phases in the lives of Albert, who is Jewish, and Araxi, who is Armenian. The two were inseparable throughout their youth in a diverse community in Plovdiv, but religious persecution tore the community—and the children—apart.

Intercut with the story of their childhood is Albert’s return to Plovdiv and reunion with Araxi after forty years of absence. The love that endures between them is a strong emotional core to a gorgeous meditation on loss and hope.

We would like to thank director Ivan Nichev for making his film available for this retrospective.