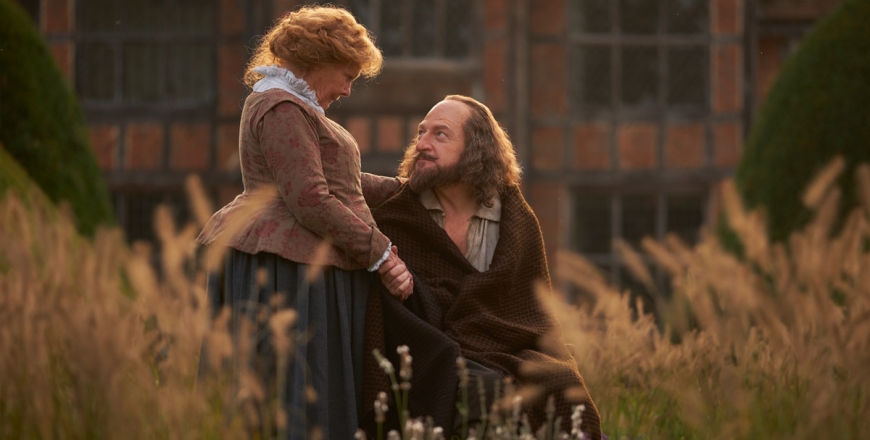 Kenneth Branagh’s ALL IS TRUE is a portrait of William Shakespeare during the last three years of his life, as he leaves London and returns to his family in Stratford-upon-Avon. The film follows Shakespeare as he strives to bridge the distance between himself and his wife and two daughters, recover from the loss of his son, and come to terms with his legacy as an artist.

In 1613, after a devastating fire destroys the Globe Theatre during the first production of Shakespeare’s play “All is True” (“Life of Henry VIII”), a distraught Shakespeare (Kenneth Branagh) returns to Stratford.

As he saw his family infrequently during his two decades working in London, his wife Anne (Judi Dench) and daughters Judith (Kathryn Wilder) and Susanna (Lydia Wilson) are surprised, but hardly pleased, to hear he now intends to stay in Stratford.

Shakespeare, who is haunted by the death at age 11 of Judith’s twin brother Hamnet (Sam Ellis), attempts to ease his grief by planting a memorial garden for his son.