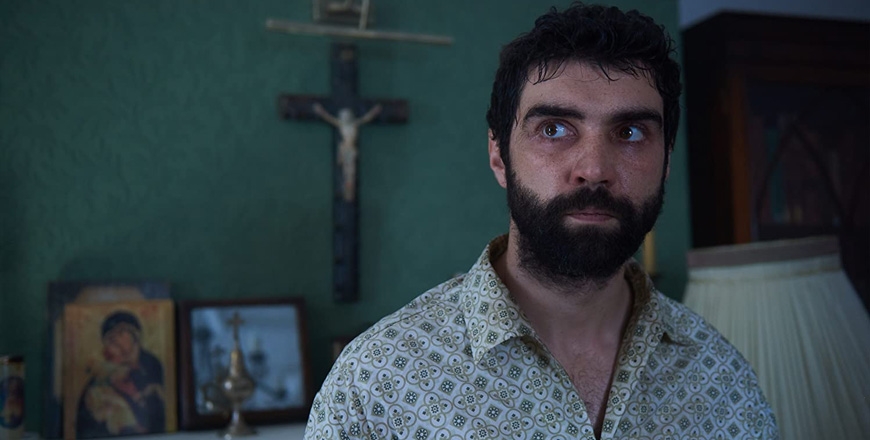 AMULET follows Tomaz (Alec Secareanu, GOD'S OWN COUNTRY), a former soldier who is left homeless after an accident and takes refuge in the decaying home of Magda (Carla Juri), a lonely young woman in desperate need of help as she cares for her ailing mother.

At first hesitant, Magda soon welcomes Tomaz into their lives. But as he gets closer to and begins to fall for Magda, Tomaz notices strange and unexplainable phenomena.

Something seems very wrong with the mysterious old woman who never leaves the top floor, and Tomaz begins to suspect that Magda may in fact be a prisoner to her otherworldly bidding.

Immediately after the film, enjoy a pre-recorded discussion between director Romola Garai and Caryn Coleman of The Future of Film is Female, made available exclusively for virtual cinema engagements of the film.

"This is Garai’s feature directing debut, and it is as satisfying as it is promising... her explorations of body horror and pulsating red walls have their perverse pleasures." Manohla Dargis, New York Times.