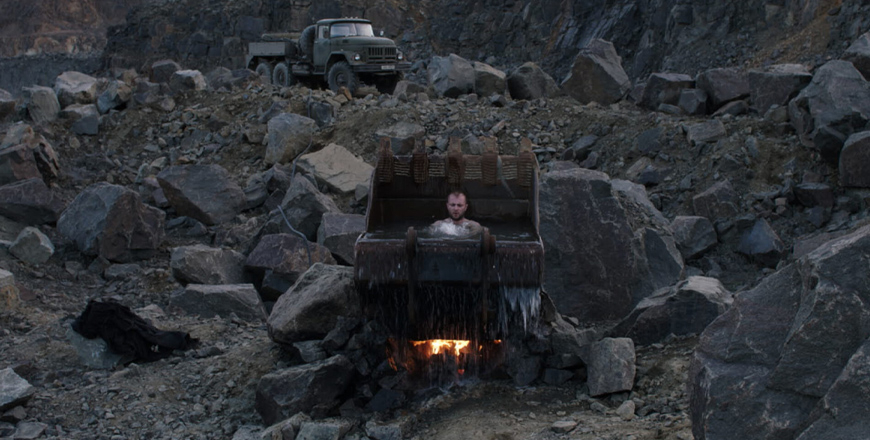 Tom Roberts, Assistant Professor of Russian, East European and Eurasian Studies at Smith College, joins us for an informal post-screening discussion in our theater space.

Eastern Ukraine, 2025. A desert unsuitable for human habitation. Water is a dear commodity brought by trucks. A Wall is being build-up on the border. Sergiy, a former soldier, is having trouble adapting to his new reality. He meets Katya while on the Black Tulip mission dedicated to exhuming the past. Together, they try to return to some sort of normal life in which they are also allowed to fall in love again.

Ukraine’s official selection for the 2021 Academy Awards, Valentyn Vasyanovych’s haunting and suddenly-prescient sci-fi feature Atlantis envisions a Russian invasion of his country, and its aftermath.

Tom Roberts is Assistant Professor of Russian, East European and Eurasian Studies at Smith College. He is currently completing a book project on the aesthetics of transcendence in nineteenth-century Russian realist fiction, focusing on the writings of Fyodor Dostoevsky, Nikolai Leskov, and Anton Chekhov. Roberts also researches late- and post-Soviet cinema, and he has published articles on the work of directors Kira Muratova, Alexei German, and Alexei Fedorchenko.