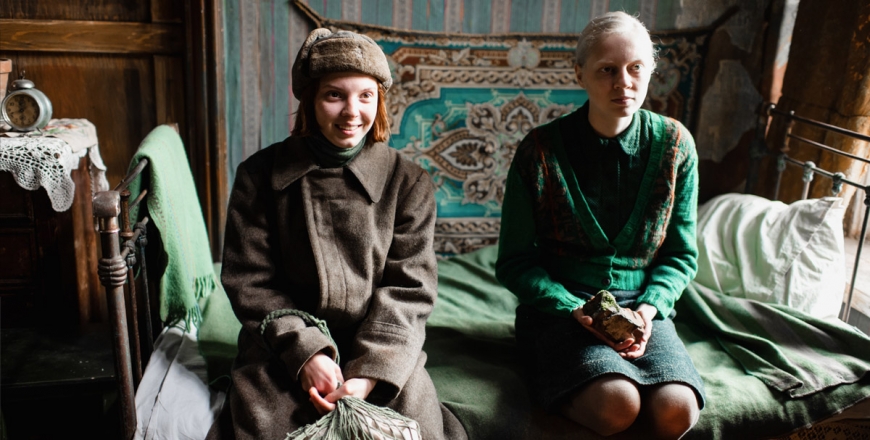 In post-WWII Leningrad, two women, Iya and Masha (astonishing newcomers Viktoria Miroshnichenko and Vasilisa Perelygina), intensely bonded after fighting side by side as anti-aircraft gunners, attempt to readjust to a haunted world.

As the film begins, Iya, long and slender and towering over everyone—hence the film’s title—works as a nurse in a shell-shocked hospital, presiding over traumatized soldiers. A shocking accident brings them closer and also seals their fates.

"This is only the second feature from the sensationally talented Russian director Kantemir Balagov (who was born in 1991), and it’s a gut punch. It’s also a brilliantly told, deeply moving story about love — in all its manifestations, perversity and obstinacy." Manohla Dargis. A New York Times Critic's Pick!