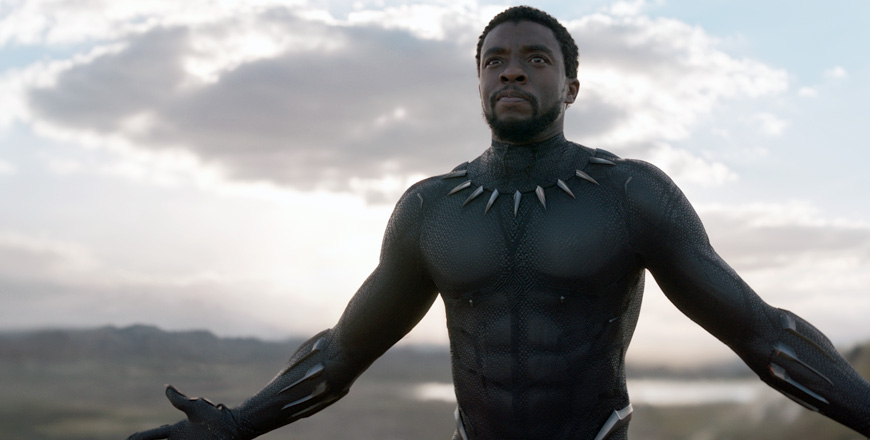 Amherst Cinema welcomes chef and author Nyanyika Banda, the creator of Marvel’s Black Panther The Wakanda Cookbook, for a discussion around The Marvel Comic Universe, Foodways of the African Diaspora, and the fictional nation of Wakanda.

BLACK PANTHER follows T’Challa (the late Chadwick Boseman in one of his career-defining roles) who, after the death of his father, the King of Wakanda, returns home to the isolated, technologically advanced African nation to succeed to the throne and take his rightful place as king.

But when a powerful old enemy reappears, T’Challa’s mettle as king—and Black Panther—is tested when he is drawn into a formidable conflict that puts the fate of Wakanda and the entire world at risk.

Faced with treachery and danger, the young king must rally his allies and release the full power of Black Panther to defeat his foes and secure the safety of his people and their way of life.

“A jolt of a movie, BLACK PANTHER creates wonder with great flair and feeling partly through something Hollywood rarely dreams of anymore: myth... In its emphasis on Black imagination, creation and liberation, the movie becomes an emblem of a past that was denied and a future that feels very present. And in doing so opens up its world, and yours, beautifully.” Manohla Dargis. A New York Times Critic's Pick!