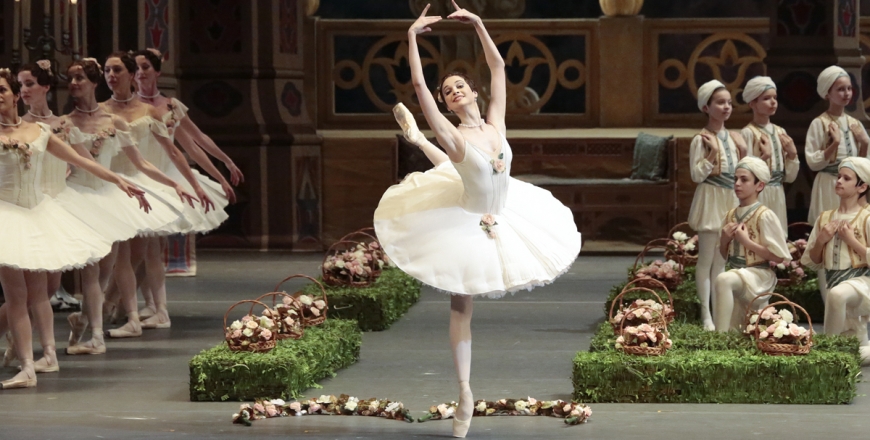 Amidst a bustling Turkish market, the pirate Conrad falls in love at first sight with beautiful Medora, the ward of the slave merchant Lankedem’s bazaar.

Inspired by Lord Byron’s epic poem and reworked by Alexei Ratmansky from Petipa’s exotic 19th-century classic, this miracle of the repertoire is one of the Bolshoi’s most lavish productions.

Complete with a magnificent awe-inspiring shipwreck and dramatic scenery, this grand romance allows enough dancing for nearly the entire company and is made especially for those who seek miracles in theatre.

$9 student tickets available only at the Amherst Cinema box office (not online).