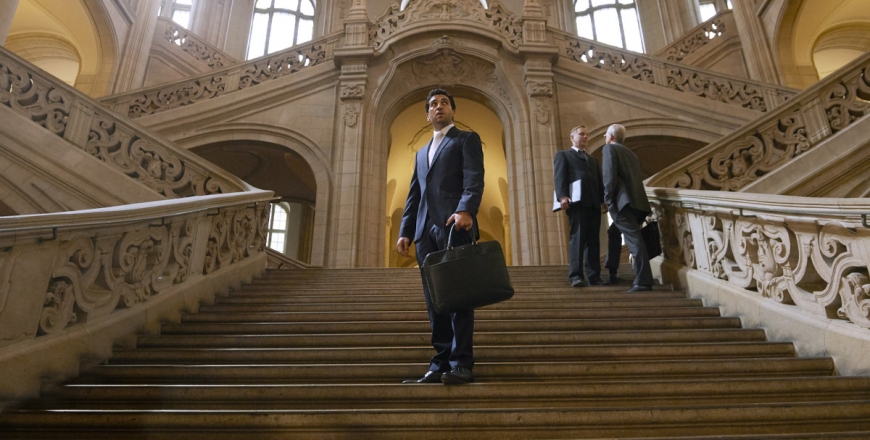 123 mins.
Directed by Marco Kreuzpaintner
NR
German with subtitles
2020
Click a time to buy tickets.
10:30 am

A murder. A murderer. No motive. A young lawyer. A spectacular murder case. A legal scandal stretching back to Nazi Germany.

For over 30 years, Fabrizio Collini has worked diligently for a German carmaker before going and killing a man, seemingly on a whim. It's a nightmare for lawyer Caspar Leinen, who takes over his case as a court-assigned lawyer: The victim, respected industrialist Jean-Baptiste Meyer, was Leinen's long-time friend and mentor and is the grandfather of his high-school sweetheart Johanna.

Everything in this spectacular case seems to be working against the inexperienced lawyer: Caspar is personally involved, has a client who won't talk to him, and an opponent who seems far superior in legendary prosecutor Professor Richard Mattinger. When he decides to tackle the case anyway, he starts uncovering one of the greatest legal scandals ever, stretching back to World War II.

But how much is he willing to sacrifice to expose the truth?