The Destruction of Memory 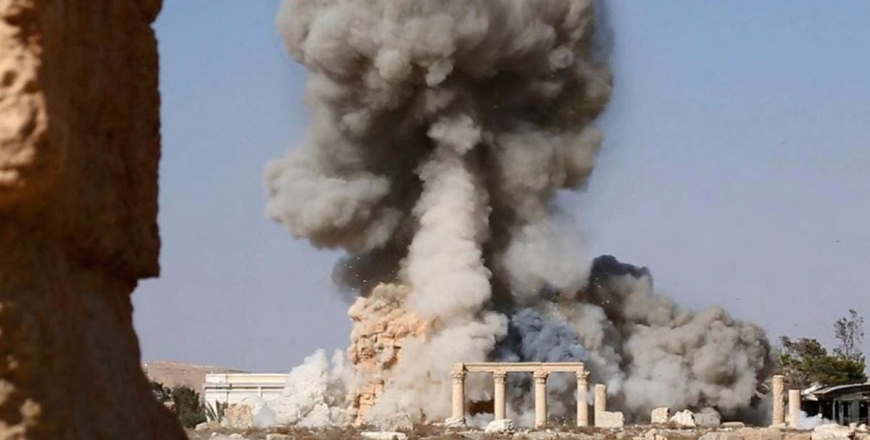 Post-screening discussion with Professor Laetitia La Follette, UMass Amherst Department of the History of Art & Architecture and President of the Archaeological Institute of America, and with Dr. Phoebe Segal, Curator of Ancient Greek and Roman Art, Museum of Fine Arts, Boston.

The bombing of Sarajevo's National Library and the burning of its ancient books. The looting of the Iraqi National Museum and destruction of its priceless historical objects. The beheading of Kahled al-Asaad, long-time lead archaeologist for the UNESCO World Heritage Site of the Syrian city of Palmyra for refusing to give up hidden artifacts. In the "cradle of civilization" and beyond, the last century has seen the rise of cultural destruction: the intentional annihilation of irreplaceable artwork, artifacts, historical sites in desperate attempts to erase collective history and identity.

When cultural destruction is wrought, do victims have any legal recourse? Back in 1933, Raphael Lemkin, a young Polish lawyer, proposed that the destruction of cultural heritage legally become an international crime. In 1946, the United Nations included genocide as a war crime, but omitted the cultural dimension, which Lemkin considered essential. Finally, in March 2016, the International Criminal Court (ICC) charged Ahmad al-Faqi al-Mahdi, who is linked to al-Qaeda, for destroying holy and historic sites in Timbuktu, Mali. Lemkin's voice can be heard in the language of today's international law and justice.

Directed by acclaimed filmmaker Tim Slade and narrated by Tony Award-winning actress Sophie Okonedo, this powerful documentary proposes hope: As crimes of cultural destruction are increasingly reported, perpetrators can be brought to justice and awareness can grow. Increasingly, the power of modern technology can be harnessed to document, protect, and to play a role in the rebuilding process. THE DESTRUCTION OF MEMORY introduces heroes who risked their lives to protect not their cultural identity, safeguarding an invaluable record of who we are. It uses meticulous research and compelling interviews to examine how and why cultural destruction has happened, and how the work to protect, salvage and rebuild can respond.