The Earth Is Blue as an Orange 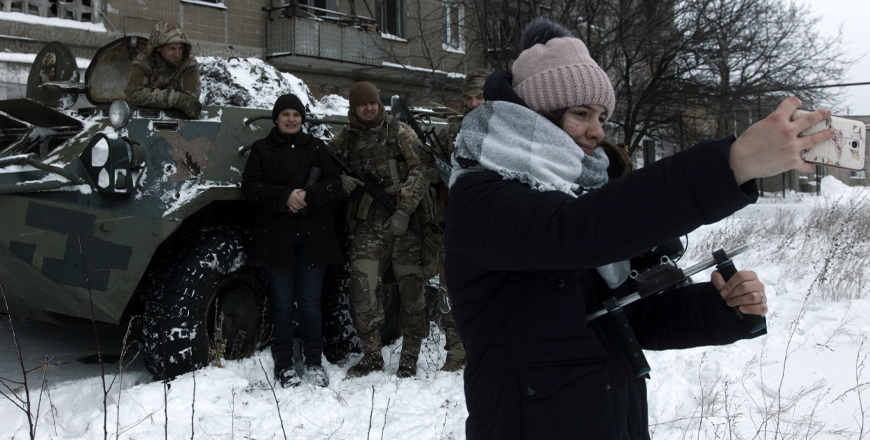 Anna Tropnikova, Ph.D. student in Slavic Languages and Literatures and Film and Media Studies at Yale University​​, joins us for an informal post-screening discussion in our theater space.

Krasnohorivka: a town on the front lines of the war-torn region of Eastern Ukraine. When poet/filmmaker Iryna Tsilyk first visits the Trofymchuk-Gladky family home, she is surprised by what she finds: while the outside world is made up of bombings and chaos, single mother Anna and her four children are managing to keep their home as a safe haven, full of life and full of light. Every member of the family has a passion for cinema, so it feels natural for them to shoot a film inspired by their own life during a time of war. The creative process raises the question of what kind of impact cinema might have during times of disaster, and how to picture war through the camera’s lens. For Anna and the children, transforming trauma into a work of art is the ultimate way to stay human.

Winner of the Directing Award for World Cinema Documentary at the 2020 Sundance Film Festival, THE EARTH IS BLUE AS AN ORANGE stands not only as a remarkable document of the Russo-Ukrainian War through the lens—literally—of this family's creative process, but as an optimistic testament to the power of art and beauty in the face of destruction.

Film Movement, the distributor of THE EARTH IS BLUE AS AN ORANGE, will donate a portion of all ticket sales to the Ukraine Crisis Fund administered by Americares.