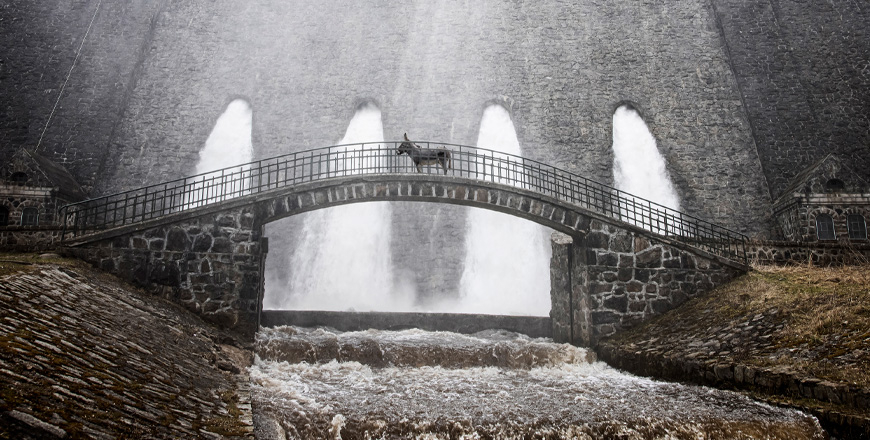 Please note that this film explores themes including violence towards animals. None of the six donkey actors were harmed in the making of this film. Their names are Marietta, Tako, Hola, Rocco, Mela, and Ettore.

With his first film in seven years, legendary director Jerzy Skolimowski (DEEP END, MOONLIGHTING) directs one of his most free and visually inventive films yet, following the travels of a nomadic gray donkey named EO.

After being removed from the traveling circus, which is the only life he’s ever known, EO begins a trek across the Polish and Italian countryside, experiencing cruelty and kindness in equal measure, all the while observing the follies and triumphs of humankind.

During his travels, EO is both helped and hindered by a cast of characters including a young Italian priest (Lorenzo Zurzolo), a Countess (Isabelle Huppert), and a rowdy Polish soccer team.

EO’s journey speaks to the world around us, an equine hero boldly pointing out societal ills, and serving as warning to the dangers of neglect and inaction, all while on a quest for freedom.

Nominated for Best International Feature Film at the 2023 Academy Awards.

“A shocking and tender tour de force about life, love, death and the wretched disregard human beings hold toward other living creatures... No movie that I’ve seen this year has moved me as deeply, made me feel as optimistic about cinema or engaged me with such intellectual vigor as EO.” Manohla Dargis. A New York Times Critic's Pick!