Éthiopiques: Revolt of the Soul 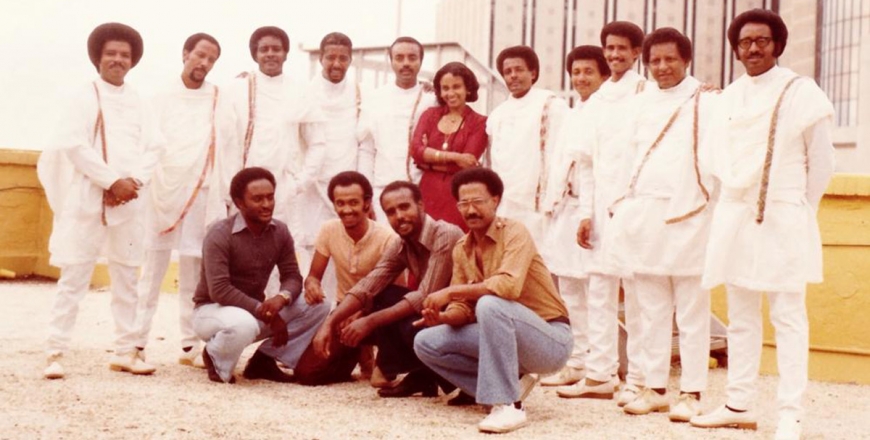 After the film, join us at Kaijū in Amherst for DJ's from Peace and Rhythm spinning funky music from Ethiopia and across the globe.

In 1997, the Western world was first introduced to the rich musical history of Ethiopia through the Éthiopiques series of CDs, masterminded by French music journalist Francis Falceto. He worked together with producer Amha Eshete who, between 1969 and 1975, made 120 singles and 14 albums with Ethiopian musicians. The music emerged from a less repressive time in the late 20th century when Emperor Haile Selassie tolerated this infectious music, with its African sound influenced by Western genres such as soul, funk, rock 'n' roll and jazz.

Eshete, who for many years lived as an exile in the United States, explains how everything changed with the military coup of 1974, bringing into power the brutal Derg regime that ruled until 1991.

In addition to Falceto and Eshete, we hear from various Ethiopian musicians, including Girma Beyene, who was the pianist and arranger for the Walias Band. ÉTHIOPIQUES also features playful animations and finishes with Beyene's comeback, including live performances and recordings for Mistakes on Purpose, the 30th CD in the series.