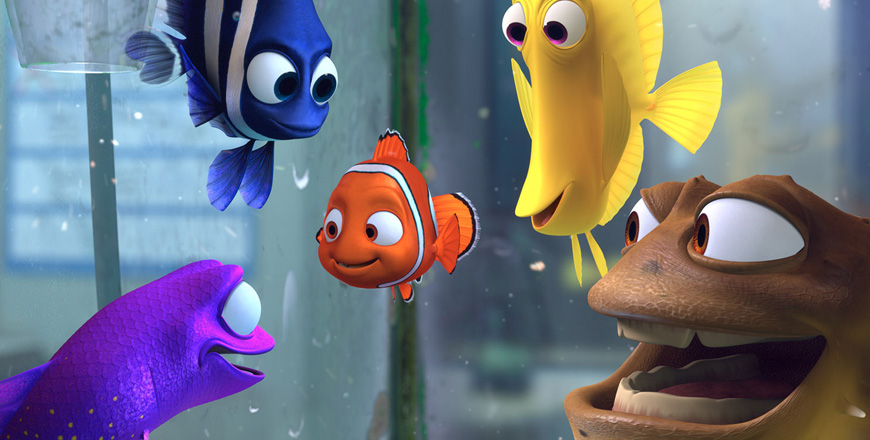 Professor R. Craig Albertson of UMass Amherst joins us for a live, kid-friendly introduction as part of Science on Screen®, exploring how fish move and other fun facts about life under the sea.

In the colorful and warm tropical waters of the Great Barrier Reef, a Clown Fish named Marlin lives safe and secluded in his anemone home with his only son, Nemo.

Fearful of the ocean and its unpredictable risks, he struggles to protect his son. Nemo, like all young fish, is eager to explore the mysterious reef.

When Nemo is unexpectedly taken far from home and thrust into a tacky dentist’s office fish tank, Marlin finds himself the unlikely hero on an epic journey to rescue his son.

$5 Family Films are presented with support from The Center School.

Topic: Fish School
Exploring and illustrating how fish move and other fun facts about life under the sea

“So fresh, sure of itself and devoid of the cutesy, saccharine condescension that drips through so many family comedies that you have to wonder what it is about the Pixar technology that inspires the creators to be so endlessly inventive.” Stephen Holden. A New York Times Critic's Pick!