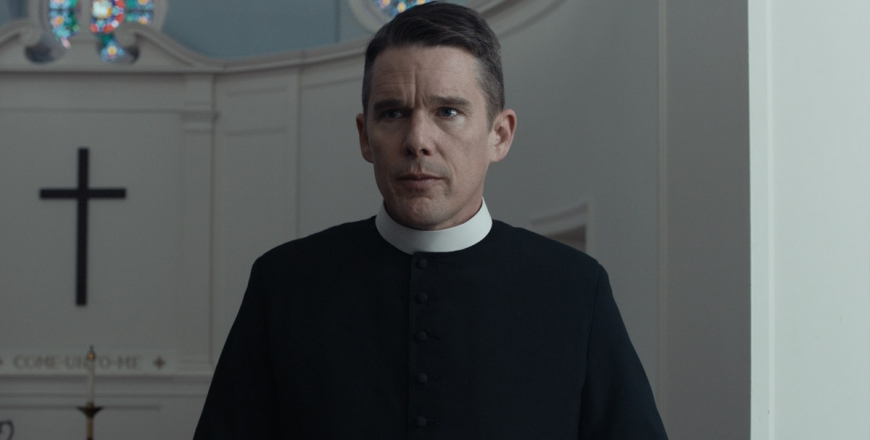 Reverend Ernst Toller (Ethan Hawke) is a solitary, middle-aged parish pastor at a small Dutch Reform church in upstate New York on the cusp of celebrating its 250th anniversary. Once a stop on the Underground Railroad, the church is now a tourist attraction catering to a dwindling congregation, eclipsed by its nearby parent church, Abundant Life, with its state-of-the-art facilities and 5,000-strong flock.

When a pregnant parishioner (Amanda Seyfried) asks Reverend Toller to counsel her husband, a radical environmentalist, the clergyman finds himself plunged into his own tormented past, and equally despairing future, until he finds redemption in an act of grandiose violence.

From writer-director Paul Schrader (TAXI DRIVER, AMERICAN GIGOLO, MISHIMA) comes a gripping thriller about a crisis of faith that is at once personal, political, and planetary.

"[Director Paul Schrader] is 71, and has had a long and varied career, but FIRST REFORMED nonetheless feels like a fresh discovery. More than that: an epiphany." - A.O. Scott, New York Times.