Honk for Jesus. Save Your Soul. 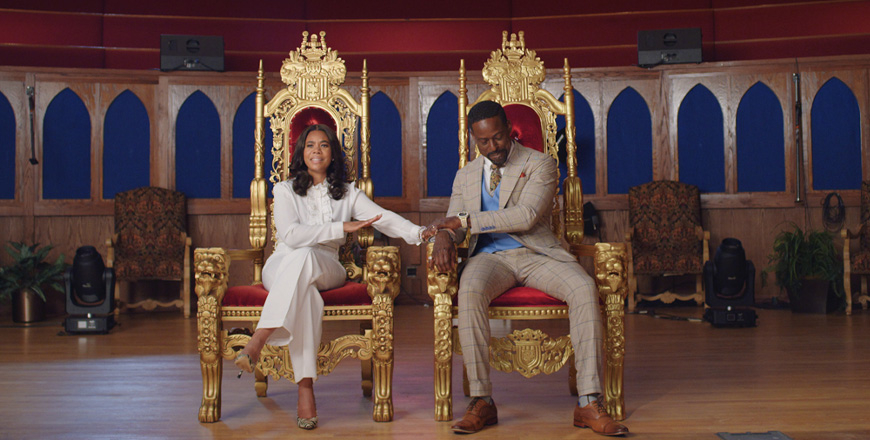 As the proud first lady of a Southern Baptist megachurch, Trinitie Childs carries immense responsibility on her shoulders. Her church, Wander To Greater Paths, once served a congregation in the tens of thousands, but after a scandal involving her husband, Pastor Lee-Curtis Childs, forced the church to close temporarily, Trinitie is struggling to manage the aftermath. Now Trinitie and Lee-Curtis must rebuild their congregation and reconcile their faith by all means necessary to make the biggest comeback that commodified religion has ever seen.

Filmmaking power duo the Ebo Twins (writer-director Adamma Ebo, producer Adanne Ebo) make their feature film debut in this adaptation of their previous short film of the same name. Partially shot in faux-documentary style, this lively satire on for-profit religion explores both the on-camera desperation in image rebranding and the hard truths that fester behind the scenes. The humor is big and biting in both writing and performance, reaching lofty heights with Regina Hall and Sterling K. Brown in lead roles.