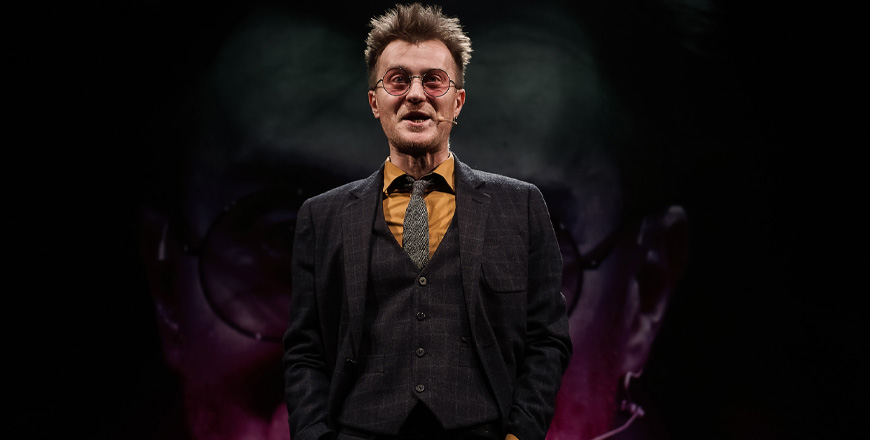 Stage Russia HD presents meticulously filmed Russian dance and theater productions on the cinema screen. All performances are filmed before a live audience and presented in Russian with English subtitles.

Amherst Cinema condemns the invasion of Ukraine by the Russian Federation, and expresses solidarity with the people of Ukraine. The authors of the two productions we will be screening as part of our Stage Russia HD series this spring have also denounced this war.

Our engagement with groundbreaking subversive art of Russia’s theater makers is long-standing, and at this time we find it especially important to continue to showcase the work of directors and playwrights who interrogate conventional narratives of national history, state authority, and collective responsibility. We see it as an opportunity to learn, to reflect, to question, and to re-imagine.

An attempt to present reports prepared by the lecturers quickly transforms into a lively conversation about spirituality, ethical dilemmas and personal experiences related to the condition of humanity today.

Captured on film before a live audience from the Takoy Theatre, St Petersburg, Russia.