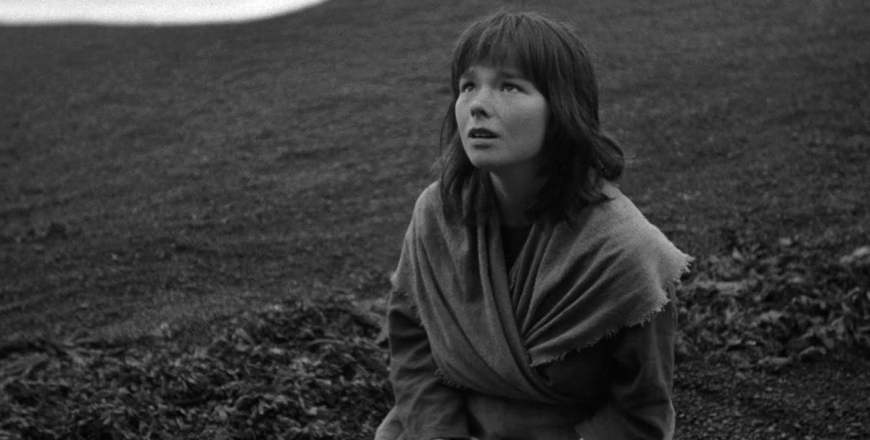 Set in medieval Iceland, The Juniper Tree follows Margit (Björk in a riveting performance) and her older sister Katla (Bryndis Petra Bragadottir) as they flee for safety after their mother is burned to death for witchcraft.

Photographed entirely on location in the stunning landscapes of Iceland in spectacular black-and-white by Randy Sellars, The Juniper Tree is a deeply atmospheric film, evocative of Carl Theodor Dreyer’s Day of Wrath and Ingmar Bergman’s The Virgin Spring, and filled with indelible waking dream sequences (courtesy of legendary experimental filmmaker Pat O’Neill).

An unsung talent in her lifetime, director, professor and Fulbright scholar Nietzchka Keene’s stark, stunning debut feature The Juniper Tree is loosely based on a Brothers Grimm fairy tale of the same name, and stars Björk in her first on-screen performance.

"Shot in powerfully stark black and white, the movie has a style that doesn’t partake of the anticipated influences — you might expect resonances of Ingmar Bergman or Carl Dreyer, but THE JUNIPER TREE, which was shot in English, has a voice all its own" Glenn Kenny. A New York Times Critic's Pick!