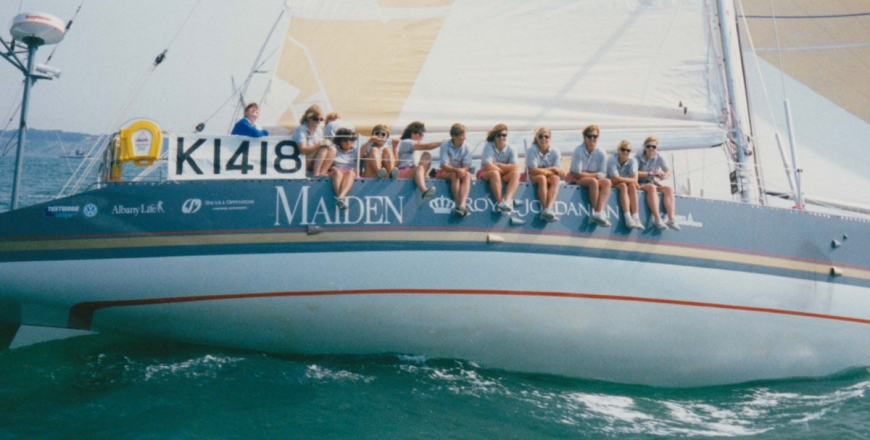 In 1989, the very idea of a competitive all-female sailboat crew was nearly inconceivable to the manly world of open-ocean yacht racing. They’d never make it to the start of the Whitbread Round the World Race, much less survive to the finish. They’d never find funding. They didn’t have the strength or skill. They’d die at sea. Did that many professional female sailors even exist?

Tracy Edwards proved them wrong. 26-year-old skipper Edwards, her second-hand racing yacht Maiden, and her seasoned crew not only became the first-ever all-woman challenge to the Whitbread, they proved able competitors in the famously grueling race, besting male crews in their class.

The story of Maiden’s upstart, defiant run at the Whitbread Round the World Race has all the elements of an epic adventure tale—50-foot waves, life and death drama, near-mutiny, thrilling victory—grounded in a perceptive group portrait of a team of courageous young women led by the remarkable, complicated Tracy Edwards. They pioneered the sport of long-distance racing for the women who followed and inspired women in all fields to prove themselves the equal of men.