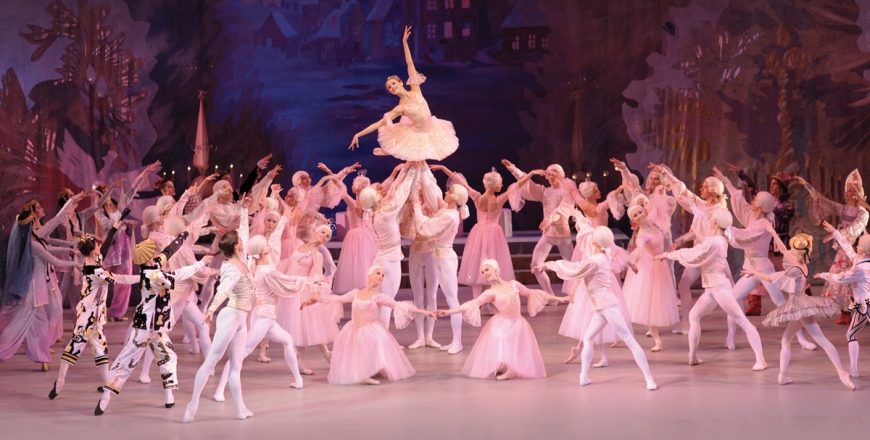 Mariinsky Theatre’s THE NUTCRACKER is a sumptuous, traditional production brought to life on the big screen.

The ballet opens with a Christmas Eve party and a young girl, Clara, being given a nutcracker doll by her godfather, Drosselmeyer.

Later in the evening when Clara sleeps, she finds herself in the midst of the Nutcracker’s battle against the Mouse King and his army of mice.

Coming to her Nutcracker’s aid, he is transformed into a Prince and journeys with Clara to the spectacular Kingdom of Sweets where the Sugar Plum Fairy holds a celebration in their honour.

With Tchaikovsky’s eternally popular score, the grand staging and exquisite costumes, this Mariinsky Theatre production of The Nutcracker will be the icing on the cake this holiday season.