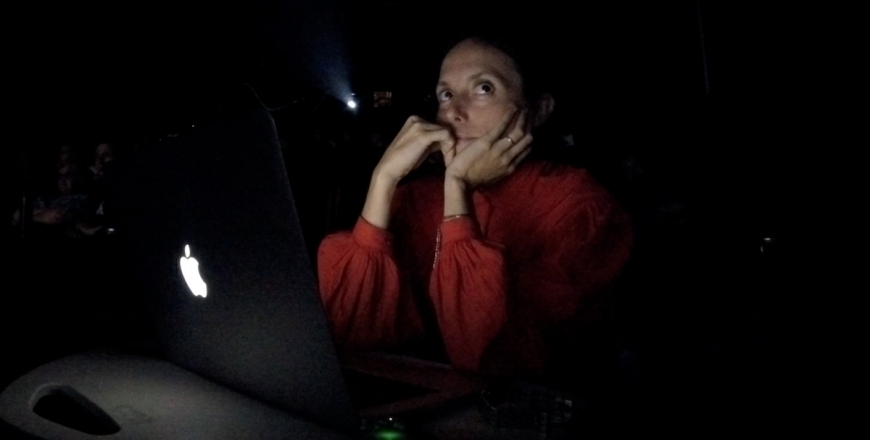 In MY FIRST FILM, the artist attempts to recount the stories behind her lost and abandoned Work - including her first feature - in a semi-improvised performance of autofiction.

Show notes from Zia Anger: Last year I googled myself. I found my IMDb page which listed my first attempt at a feature film as still being in “post-production.” In the interest of mitigating the risk of any potential financiers coming along and seeing that I had a film from 2012 still unfinished I emailed IMDb to ask if they could remove the listing. It had been automatically added when I used Withoutabox to apply to festivals and without proper release the entry sat in limbo. I never heard back, and a month later I checked my page again, and I was surprised to learn that instead of removing the listing they had labeled it “abandoned” in red italic letters. “My First Film” explores this “abandoned” mythos—from expired Instagram stories, to the nearly-finished feature I made in grad school. It re-imagines the relationship between the audience, the filmmaker, the movie theatre, and cinematic narrative, and erases the line drawn between a filmmaker’s body and body of work.

"With My First Film, Anger offers a Utopian alternative to traditional moviegoing. It’s a place where an undistributed filmmaker can express herself without mediation, where an audience rides an intimate emotional roller coaster along with her, and where the hypocrisy of the 'progressive' film industry is laid bare." Read a review of MY FIRST FILM here.