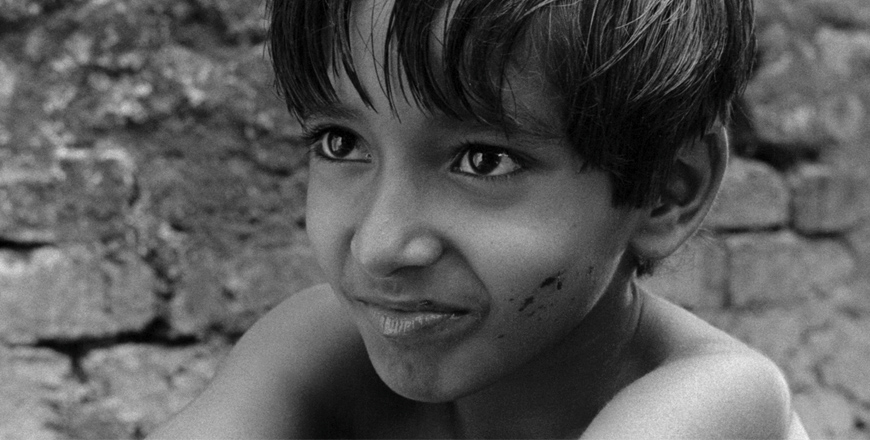 The release in 1955 of Satyajit Ray’s debut, PATHER PANCHALI, introduced to the world an eloquent and important new cinematic voice.

A depiction of rural Bengali life in a style inspired by Italian neorealism, this naturalistic but poetic evocation of a number of years in the life of a family introduces us to both little Apu and, just as essentially, the women who will help shape him: his independent older sister, Durga; his harried mother, Sarbajaya, who, with her husband often away, must hold the family together; and his kindly and mischievous elderly “auntie,“ Indir—vivid, multifaceted characters all.

With resplendent photography informed by its young protagonist’s perpetual sense of discovery, the Cannes-awarded Pather Panchali is an immersive cinematic experience and a film of elemental power.