Paulette & Without a Whisper 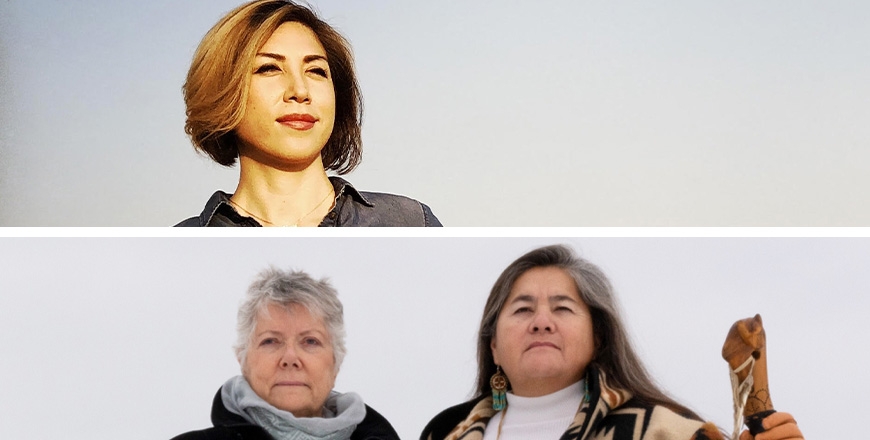 Directors Heather Rae and Katsitsionni Fox join us Thursday, November 19 at 7pm for a Q&A on Facebook Live. Visit our Facebook page then to join the discussion.

PAULETTE is an inspiring short film that follows the historic campaign of the first Native American candidate—as well as the first woman—to win the Idaho Primary for Governor.

Coeur d’Alene tribal member Paulette Jordan comes from a long line of ancestral leadership deeply connected to the land of Idaho. The single mother of two ran for Governor in 2018, winning the Democratic Primary by a landslide. A victory in November would have made her the first woman to serve as governor in the state—and would have marked the first time in U.S. history that a Native American has held the governorship of any state.

WITHOUT A WHISPER: KONNON:KWE uncovers the hidden history of the profound influence Indigenous women had on the beginnings of the women’s rights movement in the United States.

Before the first women’s rights convention in Seneca Falls in 1848, European colonial women lacked even the most basic rights, while Haudenosaunee women had a potent political and spiritual voice and authority in all aspects of their lives. The contact that the early suffragists had with Haudenosaunee women in New York state shaped their thinking and had a vital impact on their struggle for equality that is taken for granted today. The film follows Mohawk Bear Clan Mother Louise Herne and Professor Sally Roesch Wagner as they seek to correct the historical narrative about the origins of women’s rights in the United States.