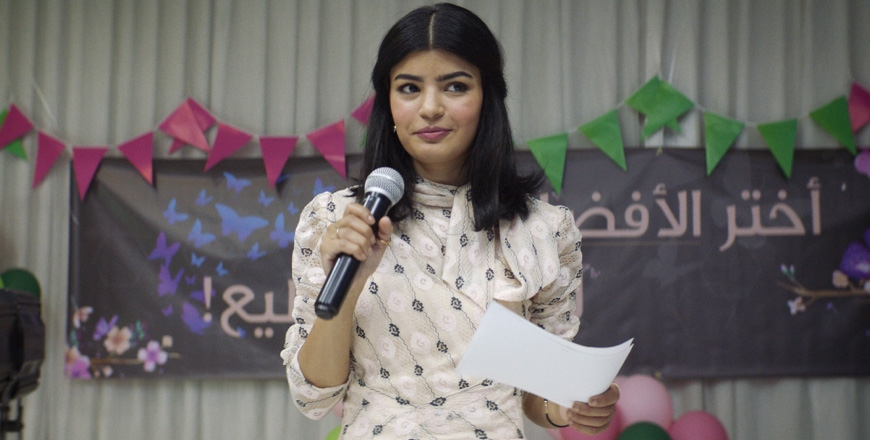 This film is playing in our Small Group Ticketed Screenings program. For these in-theater shows, each screening's total attendance is limited to one party of up to ten guests. Click here to learn more.

When Maryam, a hardworking young doctor in a small-town clinic, is prevented from flying to Dubai for a conference without a male guardian’s approval, she seeks help from a politically connected cousin but inadvertently registers as a candidate for the municipal council.

Maryam sees the election as a way to fix the muddy road in front of her clinic, but her campaign slowly garners broader appeal.

“THE PERFECT CANDIDATE, co-written and directed by Haifaa Al-Mansour (WADJDA, NAPPILY EVER AFTER), is as much a family drama as it is a parable of feminist activism — and is all the better for it.” Glenn Kenny, New York Times