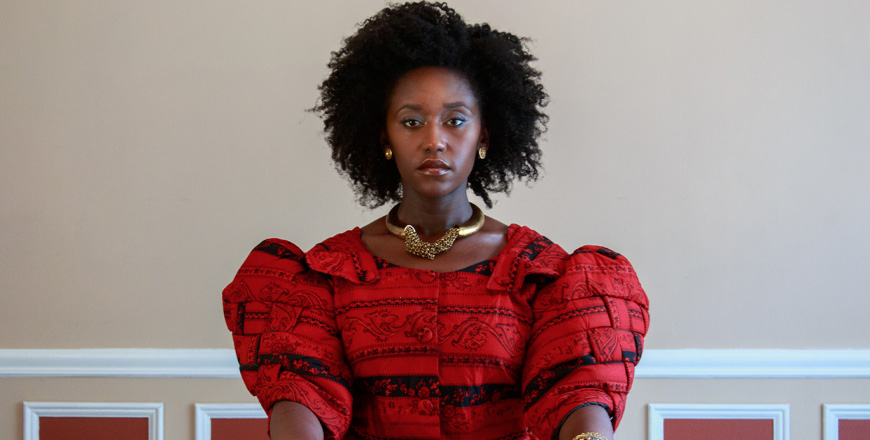 Sarah Obeng (Nana Mensah, Netflix’s “The Chair“), a doctoral student at Columbia University, is weeks away from following her very married boyfriend to Ohio when her mother suddenly passes away. Her inheritance? King of Glory, a small Christian bookstore serving a Ghanaian immigrant community in the Bronx.

Tasked with arranging her mother's funeral according to her family's traditional expectations, Sarah must simultaneously navigate her plans to relocate as well as the unexpected return of her estranged father, all while grappling with the bookstore.

Aided by an only-in-New York ensemble of Eastern European neighbors, opinionated aunties, and a no-nonsense ex-con employee, Sarah must face her new responsibilities while figuring out how to remain true to herself.

Winner of the Tribeca Film Festival Best New Narrative Director Award for director-star Mensah, QUEEN OF GLORY is a "tightly-conceived, witty and compassionate love letter to the Bronx" (The Hollywood Reporter) that's at once a view into a tight-knit community, and an intensely relatable drama-comedy for anyone with a family.