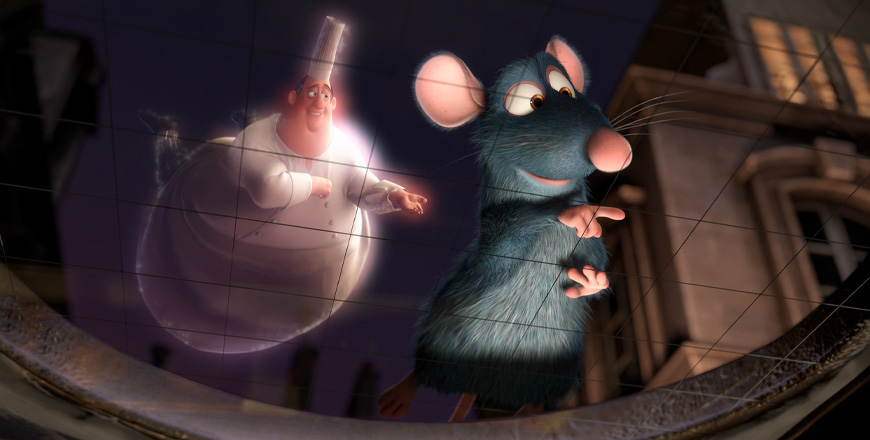 In one of Paris' finest restaurants, Remy, a determined young rat, dreams of becoming a renowned French chef.

Torn between his family's wishes and his true calling, Remy and his pal Linguini set in motion a hilarious chain of events, turning the City of Lights upside down.

Directed by Brad Bird (THE IRON GIANT, THE INCREDIBLES), RATATOUILLE arrived in the midst of Pixar's remarkable second decade. Nominated for five Academy Awards, it won Best Animated Feature Film, the studio's third win after FINDING NEMO and THE INCREDIBLES.

$5 Family Films are presented with support from The Center School.

“RATATOUILLE is a nearly flawless piece of popular art, as well as one of the most persuasive portraits of an artist ever committed to film.” A.O. Scott. A New York Times Critic's Pick!