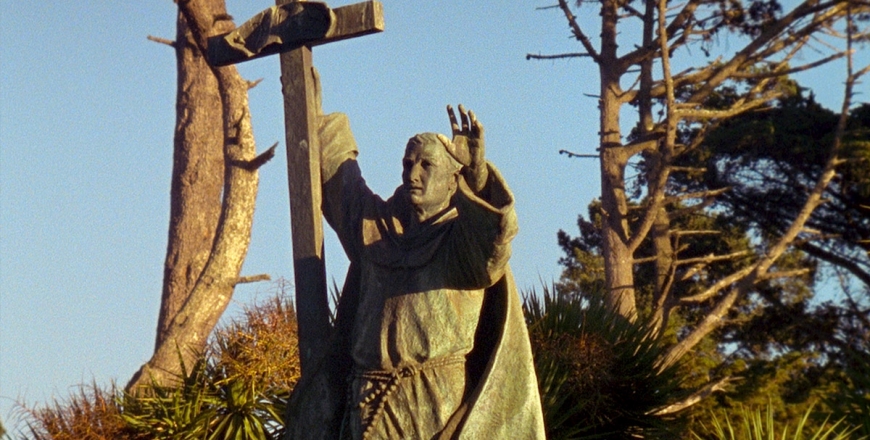 A cinematic essay in defense of remembering, THE ROYAL ROAD offers up a primer on Junipero Serra’s Spanish colonization of California and the Mexican American War alongside intimate reflections on nostalgia, the pursuit of unavailable women, butch identity and Alfred Hitchcock’s Vertigo—all against a contemplative backdrop of 16mm urban California landscapes, and featuring a voice-over cameo by Tony Kushner. 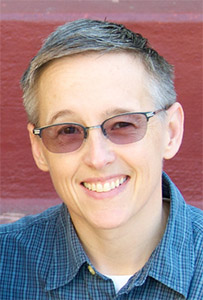 About Jenni Olson: A major voice in the use of film as personal essay, queer documentarian Jenni Olson has been making 16mm durational urban landscape voiceover films for more than twenty years. Her feature-length essay films, THE JOY OF LIFE and THE ROYAL ROAD both premiered at the Sundance Film Festival and have earned awards and acclaim worldwide.

In addition to being an award-winning filmmaker, Olson is also an acclaimed LGBT film historian, co-founder of the pioneering LGBT website, PlanetOut.com, proud proprietor of Butch.org and a 2018 MacDowell Colony Fellow.

Olson will be at Amherst College on Tuesday, March 19, to present the Helene Keyssar Distinguished Lecture Series in Film and Media Studies. Her lecture will be entitled "My Completely Impossible and Yet Partially Successful Effort to Stop Time: Jenni Olson on Landscape Filmmaking." Find more information here.