Salt of the Earth Seminar with Nina Kleinberg 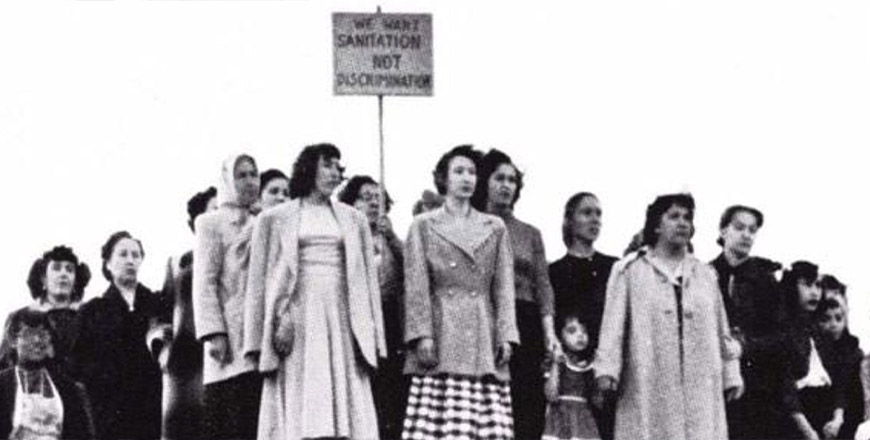 At the height of the McCarthy era, three blacklisted filmmakers set out to do the impossible—make a film independently of the major studios. It is the only feature film ever purposely suppressed by the Federal government at every stage of production, from shooting, to editing, to distribution. We're excited to welcome back local filmmaker and film expert Nina Kleinberg to present her seminar Fighting the Blacklist: The Making of SALT OF THE EARTH.

Many of you know Nina from her appearances at Amherst Cinema, including her 2015 series Film School in 90 Minutes (which included SALT OF THE EARTH), her 2016 series Out of this World on 1950s science fiction, her 2019 series Print the Legend on classic Westerns, or her Science on Screen presentation on SINGIN' IN THE RAIN.

If you missed this hit presentation in our theater, this is your chance to catch it online and connect with fellow film fans from home.

This ticket purchase provides you with a link to the Zoom meeting, where Nina will present her seminar live at 7pm EST on Wednesday, June 24. The Zoom room will open at 6:45pm EST to allow for 15 minutes of any necessary tech troubleshooting. The presentation will last about 90 minutes, followed by questions and conversation. Please note that this ticket does not include access to the film SALT OF THE EARTH. We suggest you watch the film before the seminar. Click here to see where you can stream SALT OF THE EARTH.

What will Nina will cover in this seminar?

SALT OF THE EARTH dramatizes the true story of a strike by the predominantly Chicano zinc miners of southwest New Mexico, who are protesting unsafe work conditions and unequal wages compared to their white counterparts. Ramon Quintero (Juan Chacon) helps organize the strike, though he is shown to be a hypocrite by treating his pregnant wife, Esperanza (Rosaura Revueltas), with a similar unfairness. When an injunction stops the men from protesting, the traditional gender roles are reversed, and women find themselves on the picket lines while the men stay at home. Now over 65 years old, SALT OF THE EARTH feels surprisingly contemporary in addressing issues of racial, economic, and gender inequality.

The story of the making of SALT OF THE EARTH is as compelling as the movie itself. Nina Kleinberg relates the struggles of the film makers to produce and distribute the film and the efforts of the government and the Hollywood establishment to stop it. Throw in HUAC, the FBI, Howard Hughes, and Grandpa Walton, and you have a story that needs to be told.

In 1992, the Library of Congress selected the film for preservation in the United States National Film Registry for being "culturally, historically, or aesthetically significant." Join us and find out why.