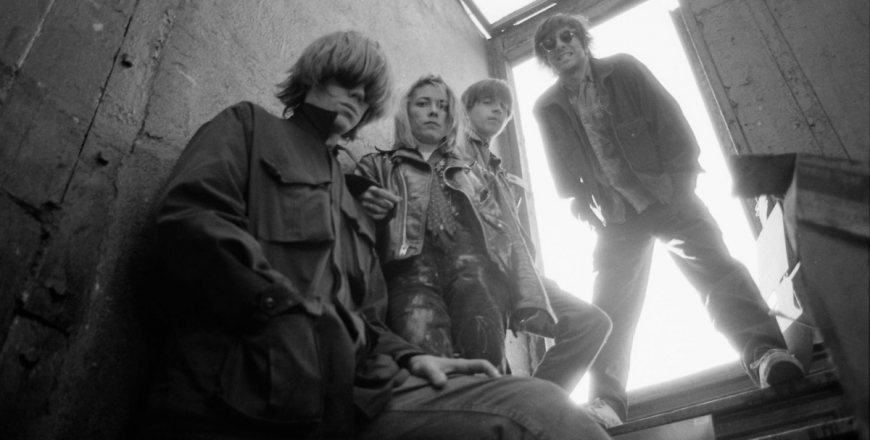 After the panel discussion, join us at Kaijū in Amherst where Matt Krefting and friends will be DJ'ing NYC underground, no wave, punk, hardcore, and plain weirdness.

Sonic Youth released their sixth album Daydream Nation in October of 1988, and performed the material live that year and through 1989. The album was an immediate critical success. Robert Palmer wrote in Rolling Stone that it “presents the definitive American guitar band of the Eighties at the height of its powers and prescience”.

Time has not dimmed the album’s lustre: It was selected to the Library of Congress’s National Recording Registry in 2005, and in 2013 Consequence of Sound declared “the record simply rules.”

In celebration of the album’s 30th anniversary, Sonic Youth, in conjunction with Primavera Pro and SY archivist Aaron Mullan, will present a program of Daydream Nation-related films. The rarely-screened 1989 documentary PUT BLOOD IN THE MUSIC will be shown in a new restoration. Rare and unseen gems from the band’s archive, plus live footage of the band performing songs from the album in 2007 will round out the bill.

Put Blood in the Music
1989, dir. Charles Atlas (SY Edit)
Charles Atlas’s first major recognition came for his work with Merce Cunningham as the company’s filmmaker-in-residence from 1978-1983. PUT BLOOD IN THE MUSIC is a unique documentary on the downtown New York music scene. In a collage of music, performance and commentary, Atlas captures the energy and pluralism that characterize this urban milieu. Reflecting the eclecticism of his subject, Atlas re-structures the conventional "talking head" format to allow a fragmented, fast-paced compendium of voices and sounds. Presented here is the Sonic Youth segment of the film, in a context which is less a documentary than a cultural document, a vivid time capsule of the late 80’s New York music scene.

Sonic Youth Archives
Steve Shelley: "Through the years and as the times changed we recorded our live shows as often as we could afford to on cassettes, dats, cdrs and when possible on multi-track recorders and videotape. We collected fan-generated audience tapes, shady bootlegs and anything we could get our hands on. We now maintain an archive of hundreds of hours of Sonic Youth concerts and we're starting to share some of our favorites (often from the best uncirculated source possible)."