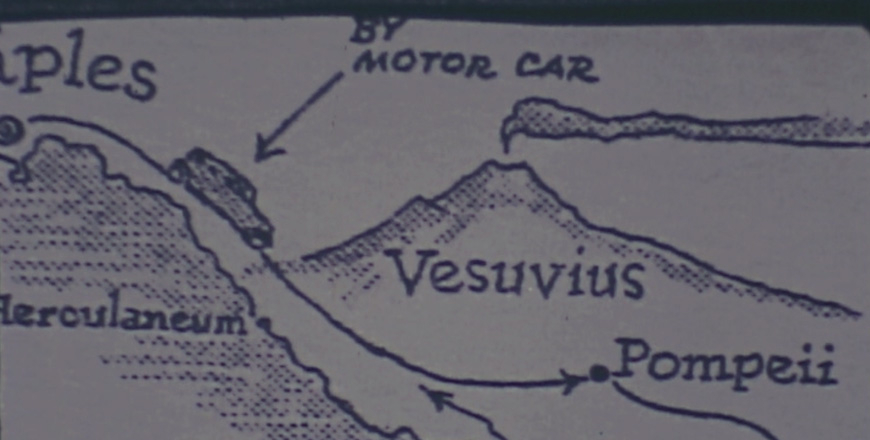 Filmmaker Courtney Stephens joins us in person for a post-screening discussion!

TERRA FEMME is an essay film comprised of amateur travelogues filmed by women in the 1920s-1950s. With a score by Sarah Davachi, the film moves between geographical essay, personal inquiry, and historical speculation, examining these films as both private documents and accidental ethnographies. The films present a new type of traveler: no longer a male seeker of conquests, she might be a divorcee on a tour of biblical gardens, or a widow on a cruise to the North Pole. Representing the world through women’s eyes, the films raise questions about female representation in the archive and the role of amateur movie-making plays in understanding the participation of women in early non-fiction filmmaking.

One thing these films encode is a profound absence: the general absence of women in the film archive and the larger absence of female figures in the historical record. They also explore the attempt to concretize ones own experience through the act of making cinema, while also acknowledging the other forms of power that gave these women access to film cameras in the first place. At once a film about longing for past worlds through cinematic excavation, this force flows in both directions: as women from the past convey themselves into the present through the power of their gaze.

Courtney Stephens is a filmmaker whose non-fiction and experimental films explore the contours of language, historical geography, and women's lives. Her work is exhibited internationally; venues have included MoMA, National Gallery of Art, Barbican Centre, Royal Geographical Society, Walker Art Center, The Garage Museum, BAMPFA, and film festivals including the Berlinale, New York Film Festival, South by Southwest, IDFA, and the Hong Kong, Mumbai, Luxembourg, San Francisco, and Camden International Film Festivals. She was a Fulbright Scholar to India and one of Filmmaker Magazine's 25 New Faces of Independent Film. A graduate of the AFI, she co-founded the Los Angeles microcinema Veggie Cloud, and has curated film programs for The Getty, Museum of the Moving Image, and Flaherty NYC.