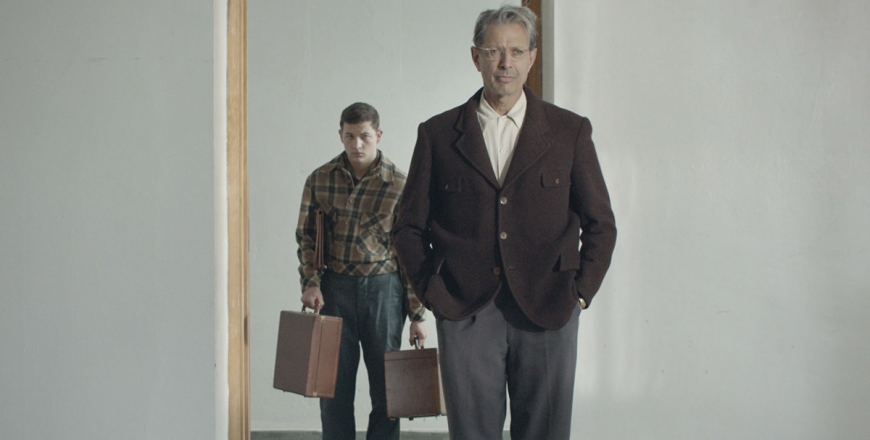 The year is 1953. Andy (Tye Sheridan), a young, introverted teenager, works as a Zamboni driver at an ice rink where his father is a flamboyant skating instructor. Andy’s mother is institutionalized. When Andy meets Dr. Wallace Fiennes (Jeff Goldblum), a famous lobotomist now in the sad decline of his career, the shy young man joins the doctor on a tour of rural mental hospitals.

As Fiennes desperately evangelizes for the lobotomy procedure to drum up business, Andy becomes infatuated with a patient and her father and immerses himself in the surreal, burgeoning New Age movement of the American West.

Director Rick Alverson (THE COMEDY, ENTERTAINMENT), known for his grim, hypnotic body of work, has crafted another cryptic odyssey through the backroads of America. Pushing his peculiar vision to new heights of design, sound, and story, he captures another standout performance from Sheridan while mixing things up with new players like Goldblum, Denis Lavant, and Udo Kier.