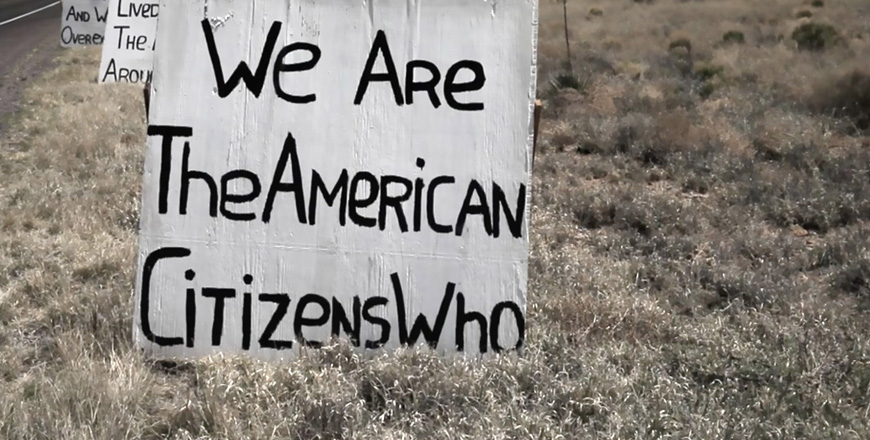 Please note that tickets for this free screening are available at the box office only, not online.

Join us for this screening of three short films from the 2022 Sundance Film Festival.

Following the screening, Hope Tucker, director of WHAT TRAVELERS ARE SAYING ABOUT JORNADA DEL MUERTO and Associate Professor of Video and Film at Hampshire College, joins us via Zoom for a conversation and Q&A with the theater audience.

What Travelers Are Saying About Jornada del Muerto / U.S.A. / 14 minutes

Visitors and residents of New Mexico's Tularosa Basin, site of the first detonation of an atomic bomb, contribute to the production of public memory as they offer reckonings and advice about making "the journey of the dead."

An experimental documentary centered on a 50 year old cassette tape of a Pechanga language lesson between the director's grandmother and great-grandmother, and contextualized by an interview with his mother in his Pacific Northwest hometown.

Exploring the director's father's chronic health problems, as a diabetic with kidney failure, and his mother's role as his eternal caretaker. A combination of 3D-modeled/composited characters, with cinema verité scenes from a documentary shot over 13 years ago.