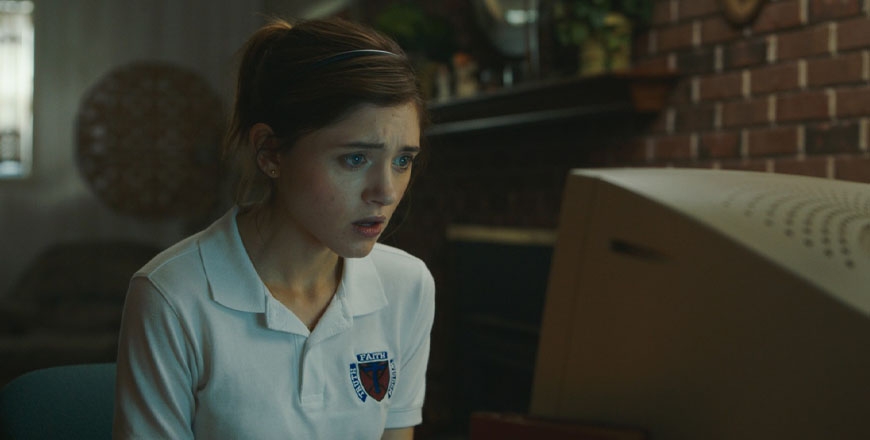 In the Midwest in the early 00s, sixteen-year-old Alice (Natalia Dyer, STRANGER THINGS) has always been a good Catholic girl. But when an AOL chat turns racy and lewd, she becomes guilt-ridden. Seeking redemption, she attends a mysterious religious retreat to try and suppress her urges, but it isn't easy, especially after a cute boy (Wolfgang Novogratz) starts flirting with her.

Alice’s sense of shame is spiraling when she uncovers a shocking truth about the retreat's most devout. Desperate and confused, she flees and meets an unlikely ally who offers an alternative view of what it means to be good. For the first time, Alice realizes she can decide for herself what to believe and finally gets the release she needs.

"Maine’s film captures something indelible about adolescent female desire, without condescending or objectifying, because she understands, subjectively, what that looks and feels like: all the confusion and shame, but yes, also the pleasure to be found there. She beautifully depicts something that has been rarely seen on film: the lustful gaze of an adolescent woman (as opposed to the lustful gaze being directed at her)." Katie Walsh, Los Angeles Times.