"Every revolution is an adventure." —Angel Wagenstein

The retrospective Wagenstein100 marks the 100th birthday of Bulgarian-Jewish screenwriter, novelist and lifelong revolutionary Angel Wagenstein. The scriptwriter’s name is credited to over fifty films that he has written for Bulgarian, Czech and East German film studios. The selected five films in the program give insight into the extensive oeuvre of an artist who lived through tumultuous political upheavals on which he has reflected with a sense of humor in his film scripts and books.

Our opening film, Andrea Simon’s 2017 documentary, ANGEL WAGENSTEIN: ART IS A WEAPON, is a portrait of Angel Wagenstein, whose biography is marked by repression and resistance in Europe over the past century. One of his close collaborators and friends was East German director Konrad Wolf, whom he had met at the VGIK film academy in Moscow in 1950. Wolf and Wagenstein worked on several films, and Wagenstein’s scripts always addressed personal experiences and encounters. In STARS (1959), a gripping drama that sheds light on the Sephardic Jewish experience during the Holocaust in the Balkans, Wagenstein reflects on his own biography. GOYA (1971), the adaptation of Lion Feutchtwanger’s 1951 novel, is an exploration of the responsibility of an artist in society, a question that Wagenstein has engaged with in each of his artistic works. Wagenstein worked with the East German DEFA Studios on several productions from the late 1950s until the beginning of the 1970s. Feeling at home in different genres, he even ventured into writing a scenario for Herrmann Zschoche’s science-fiction adventure EOLOMEA (1972), which portrays a self-assured, skilled female scientist on the quest to finding out why spaceships disappear without trace.

Throughout his film career, Angel Wagenstein has worked with the best-known Bulgarian filmmakers, including Zahari Zhandov, Anton Marinovich, Borislav Sharaliev. He also collaborated with Ivan Nichev on one of his last films, AFTER THE END OF THE WORLD (1999), a story about the ties among local marginalized communities and religious tolerance after the end of WWII set in Wagenstein’s birth town Plovdiv.

The retrospective honors an intellectual giant who made a crucial and powerful contribution to East German, Eastern European and world cinema. Happy birthday, Angel Wagenstein!

ANGEL WAGENSTEIN: ART IS A WEAPON, GOYA, and AFTER THE END OF THE WORLD play at Amherst Cinema. Screening information can be found below.

From October 17 (Angel Wagenstein’s 100th birthday) until November 1, you will have free access to stream STARS online. Link forthcoming.

You can stream EOLOMEA, STARS, and GOYA with your UMass, college, or public library card via Kanopy. All three films are also available on DVD at umass.edu/defa. 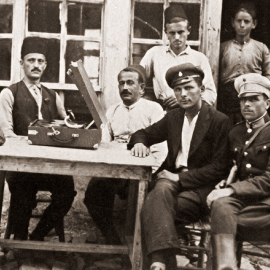 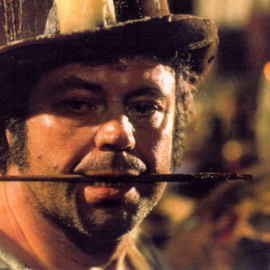 Goya
This dazzling East German-Soviet co-production is an adaptation of Lion Feuchtwanger’s eponymous novel, a sprawling epic scripted by Angel Wagenstein dedicated to the life and work of the legendary Spanish painter Francisco de Goya. Followed by a Q&A with Luke P. Parker, Visiting Assistant Professor of Russian at Amherst College.
7:00 pm 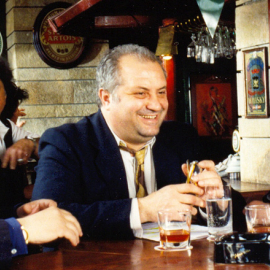 After the End of the World
AFTER THE END OF THE WORLD follows the decades of reconstruction after WWII and the pitfalls of the new communist government in Plovdiv, Bulgaria. This is accomplished by tracking the relationship between two childhood best friends across time—Albert, who is Jewish, and Araxi, who is Armenian. Followed by a Q&A with Mariana Ivanova, Academic Director, DEFA Film Library at UMass Amherst.
7:00 pm